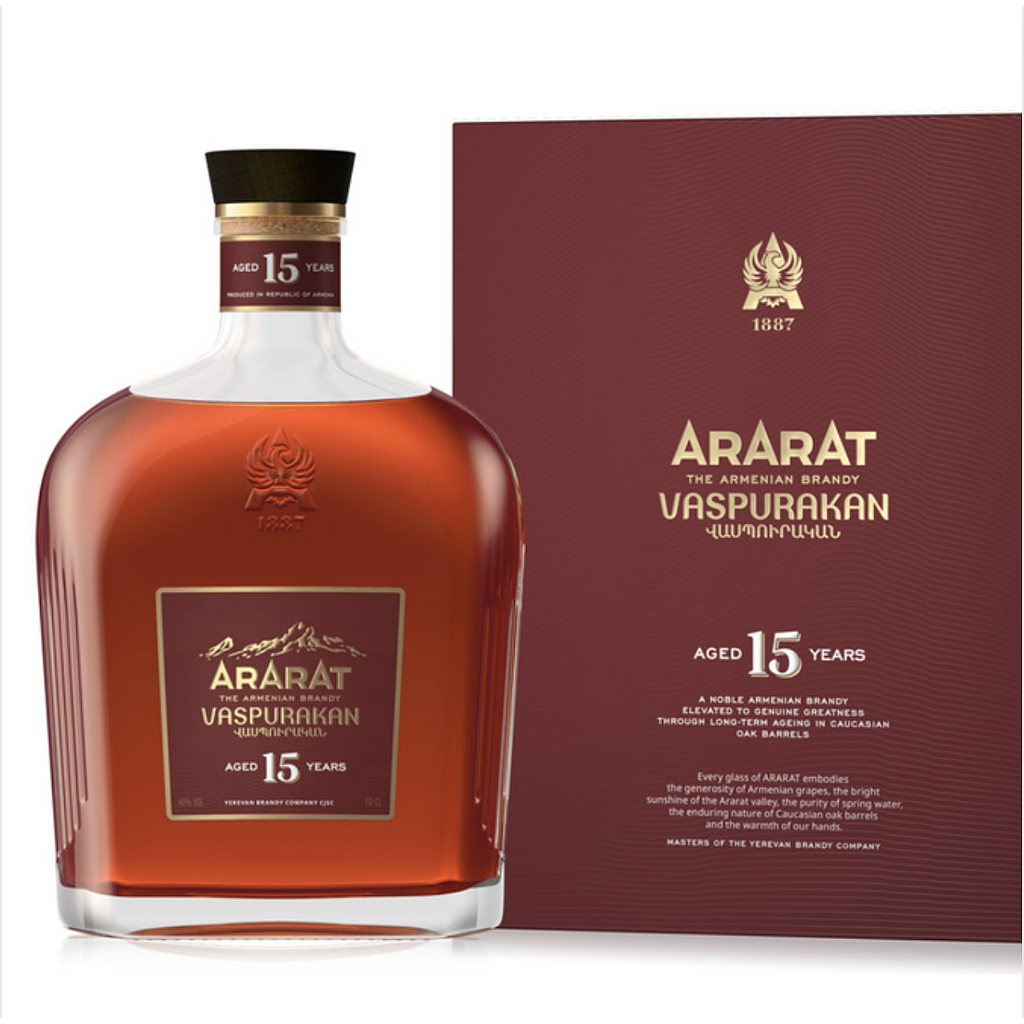 Ararat Vaspurakan 0.7L New Range is named after the historical and sovereign old Armenian principality of Vaspurakan, also called Edelenland. Vaspurakan was considered the land of promise and paradise on earth in the IX century. The princes of Vaspurakan were the greatest architects of their time. Within a short period of time they built 10 cities, churches, thousands of fortresses and citadels.

The fifteen-year-old Vaspurakan opens the range of old ARARAT brandies. Its bouquet is a harmonious combination of spice, coffee and wood aroma and a soft, delicate taste with a pronounced sweetness of Armenian dried fruit.
ARARAT Vaspurakan brandy represents the deep respect and recognition of craftsmanship. This brandy can express heartfelt gratitude to colleagues, friends and loved ones.